Many people in Corpus Christi are looking for non-denominational churches. Sometimes this might be because of frustrations with hierarchical bureaucracies in their existing denomination. It could also be that they are looking for a church with more of a community focus. Whatever the reasons might be, it is exciting to approach the Christian faith in a way that allows local people to work together in seeking and practicing the will of God. 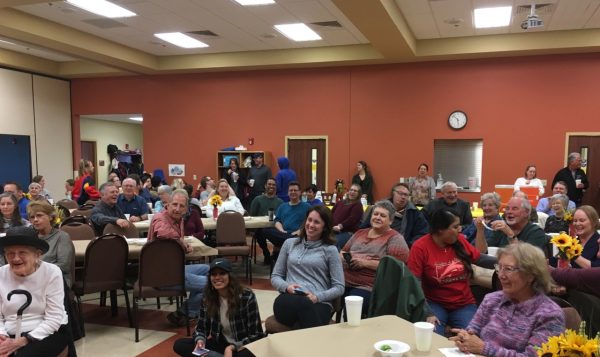 It’s true that non-denominational churches are becoming more common. But did you know that in churches of Christ, we have been practicing non-denominational Christianity for over 200 years? It began with some of our early leaders in the 1800s looking at the problem of division in Christianity. Thomas Campbell raised the issue in his document Declaration and Address (1809). When all Christians in all churches claim to follow the same Lord and claim to follow the same Word of God, doesn’t it hurt our witness to the world for there to be so much division? How can we claim such big things about the powerful love of God when we can’t even resolve our differences with other believers?

In I Corinthians 1, the apostle Paul has to address the problem of disunity among the Corinthian Christians. They had favorite teachers and leaders, and had idolized their particular sets of teaching to the point of attaching new names for themselves. Similar to how these days a person might be a hyphenated type of Christian, the Corinthian Christians were dividing up, saying they were “Paul-Christians” or “Apollos-Christians.” To denominate something is to separate it and give a name to it.

Paul insists that the existence of separate denominations within the church is against the will of God. He calls division and arguing a mark of immature faith. According to Paul, the only name that any believer should wear as a Christ-follower is the name of Christ, as a Christ-ian. Jesus is the one who died for our sins. Jesus is the one who conquered death and sits at the right hand of God. Jesus Christ is not divided!

For these reasons, we don’t claim to be “Church of Christ-Christians.” We claim only to be Christians, redeemed by the loving grace of God, brought together in the unity of the Spirit of Christ. We believe this is God’s will for all believers everywhere. There is no higher title that anyone can wear in this life than to wear Jesus’ name as a Christian.

So Who’s In Charge?

If your church is non-denominational, then who is in charge? This is the obvious question, isn’t it? Fundamentally, Jesus is the head of his church. We see that Paul instructed Titus that there should be Elders appointed in every location where the church was meeting. In the New Testament, there are several words for this role, including Elders, Overseers, Shepherds, and Bishops.

Our practice, based on these teachings in the New Testament, is that the highest level of church authority is the local elders. They live lives that are aligned with the teachings Paul provided about who is fit to be an elder. The ministers, deacons, staff, and other leaders all work under the spiritual oversight of our elders.

What About The Other Churches of Christ?

How can we claim to be non-denominational when there are other churches around that are called by the same name that we are? In fact, each of the other churches of Christ, as we’re called, has the same structure that we have. Each of us is governed by local leaders, right here in Corpus Christi, who worship and work with us. Though we are friendly toward each other, our elders do not have authority over their congregations, and their elders do not have authority over our congregation. Each congregation is responsible for studying Scripture for themselves and following what they believe Scripture calls them to do, to the best of their ability.

Because we have the same framework for what we teach, you will find that many churches of Christ are similar, but no two churches are identical!

There are some ways that we will be different than other non-denominational churches that you find in Corpus Christi, but this approach is part of our DNA, and we believe God is honored by our desire to unite Christians, not on the basis of denominational hierarchies or handbooks that are well-intended, but only on the basis of what is found in Scripture.

LEARN MORE ABOUT OUR BELIEFS